How to promote innovation in the global field of technology standards

What are standards and why do we need them?

Telecommunication technologies history is a classic track for standard races, and we can notice a consequential number of damages along the competitions. As with any network markets, telecommunication technologies are based on products that acquire value with the increase of users. Some of the consumers chose network standards that have to exit the market. As a result, those consumers face the consequences of standard races. Searchers and entrepreneurs invest in dynamic competitions, knowing that only « one takes all », and risking to lose substantial investments. Beyond the protection of the consumer and the entrepreneur’s sales goals, society needs to agree on how to keep the economy going and how it is important to create jobs in this sort of environment (commonly referred to as “ecosystem”).

From the outset, standards are the opposite of creation. The system of conversion and separation of colours for a CMYK printing is today set and automatic. Dutch Graphic designer Joost Grotens speaks about standards as a « default »: « Nobody seems to spend much time looking for other methods simply because there doesn’t seem to be a problem that needs solving ». By imposing a formula, standards wouldn’t contribute to the innovation either. This research of a new paradigm constitutes the will of a minority of leaders in innovation. Challenging standards seems to be the essence of leadership innovation[1].

In practice, we observe that creators use standards as a basis for follow-on creations. Hence, we need standards in order to stimulate innovation.

With the Technical Barriers to Trade (TBT) agreements, the World Trade Organisation (WTO) addresses principles to the European Standard Organisation (ESO), including the transparency of the information and the cooperation of European organizations, and a few legal requirements (health, safety and environments requirements). The regulation 1025/2012 on European standardisation defines the European approached, and specifies the role of the ESO as a monopole for making European standards. The Regulation also aligns with the principle of primacy of international standards and designed a commission to set an annual Union work programme for European standardisation. Beyond public control, the Regulation 1025 aims to ensure independence and expertise of the different actors.

Finally, the EU seems to be proactive in global standardization in order to protect the consumers and competitiveness of private companies, with no regard on the company’s size.

In order to evaluate the impact of a company, stakeholders and finance expert, such as Warren Buffet, would use the term of « intrinsic value ». A company should also be evaluated by its human capital, its capability to create immaterial values, congregate knowledge and working teams. Beside the intrinsic value, intellectual property law is to be considered when investing.

How IP serves the standardization process?

Patents provide incentives for inventions. They promote and reward innovation. They have also been used as a strategic tool for super monopolies to block the access to knowledge. Meanwhile, competing companies have implemented « invent-around » methods to fight back. The « invent-around » method is based on the fact that a product does not infringe a patent claim unless each and every feature recited in the claim is present in the account product or method. The patent war against patent hold-up is a fight for freedom. Not to mention that standards further amplify the incentive to first establish a network standard.

In the context of a global economy, companies are controlling personal data. The EU has explicitly expressed their will to give the users control over their personal data. A few have questioned the use of intellectual property right over personal data, while consumers rights are nowadays being reinforced. The proposal for a directive (2015/0287) concerning certain aspects of contracts providing digital content, will most certainly strengthen a few legal obligations arising from certain contracts. The obligation of information on the interoperability is one of them. It has been one of the main objectives of the European Commission to promote the EU single market by encouraging innovation. The notion of interoperability corresponds to a tool that implies the definition of technical standards. More over, breaking down frontiers for a single market means global standards.

Follow-on innovation requires contractual arrangements. In order to avoid « patent-trolling », and abuse of dominant position, Multiple courts have aimed to define Fair Reasonable And Non-Discriminatory (FRAND) licensing terms. Organisations blocking the access to a given technology can lead to a grief for society. Restrictions on the buyers, such as a ban on developing new technologies based on the purchased patents, could prejudice society’s welfare.

As in any License, the FRAND licensing terms reverse the author exclusivity, by authorizing, as a principle, the other parts to access and re-use an invention that is needed by everyone in a market. Licenses are ubiquitous in information and communication technologies that require interoperability.

A “term” is a word or a sentence used to describe a whole contract or multiple contracts. Hence, FRAND terms are not explicitly part of the contract. Instead, they describe the way contracts are formed, and are bound to negotiations. “Terms” are substantial to the contract and can be used in any section. To a certain extent, “terms” means the length from the effective date through and ending on a specific date.

FRAND terms are defined in a contract between Unwired Planet and Huawei Technologies[2]. For the first time, a standard related contract is analysed, included in a trial and written by judges of the English High Court and patent specialists. As we said, terms are important and substantial, which is why we have to be careful and consider what the writers strive here.

Unwired Planet has declared some of its patents to be essential to certain international telecoms standards. In making that declaration to the relevant standards body, European Telecommunications Standards Institute (ETSI), Unwired Planet undertakes to license the patents to anyone who asks, on FRAND terms.

Generally, the judges verify the FRAND eligibility by making sure both parties freely negotiate on different points. In this case the judge the amount of patent licensed, the contractual liability and the duration of the license.

Concerning the “amount” of FRAND terms in this particular contract or circumstance, the licensee, Huawei clamed a specific amount of patent to be licensed on FRAND terms. “Neither a licence only to the Patents, nor a licence only to Unwired Planet’s entire UK Standard Essential Patents (SEP) Portfolio is FRAND. The only FRAND terms of a licence of Unwired Planet’s Standard Essential Patents to Huawei are those set out in the licence annexed to the judgment”. The judge will to help the parties finding an agreement on a declaration about the status of the license. He declares a simple (from the outset) commitment for Unwired Planet: “the licence annexed to the judgment represents the FRAND terms applicable between the parties in the relevant circumstances”.

Huawei, defend that FRAND terms declaration fosters Huawei from any injunctions, which is refused by the judge. Furthermore, the judge is also considering the literal “term”: the duration of the license. He and both parts agree on a short term (3 years) as standards evolve really fast.

Huawei declared his patents to be essential for 4G/LTE standards[3]. Hence Samsung was a beneficiary of Huawei’s licensing commitments to ETSI. If the Shenzhen Court does not shows any major particularity, the case is interesting because it covers a license claimed by the owner. In this particular case, the injunction is directed towards the implementer.

Here again the Court insists on the importance for both parties to freely negotiate. After defining the need to freely negotiate on the licensing scope (LTE, UMTS, OMA/Wifi, etc.), the Court stated that Samsung, by rejecting offers, arbitration and mediations, and by employing non-proactive delay tactics, has not been showing good faith during the negotiation process.

In order to value each party portfolio, Shenzhen Court considered the acceptances of the standard body 3GPP, reports and testing, and validations of the Chinese State Intellectual Property Office. The Court concluded that Huawei’s Chinese SEP portfolio was stronger than Samsung’s Chinese portfolio.

Finally, the Court decided either or not royalty rates were FRAND. After ensuring that both party could get reasonable return for their investments, it found that Huawei’s offers were reasonable as they gave room for Samsung to negotiate a suitable price.

In conclusion, the Court seems to verify FRAND attributes in regard with both party’s freedom during the negotiation process. 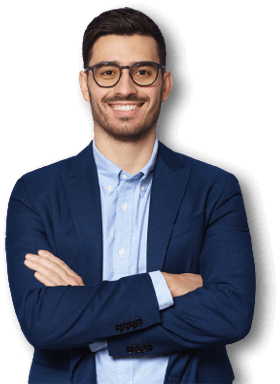 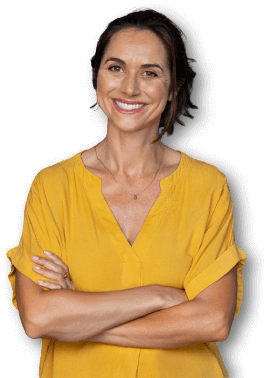